Wondem has been five times in Ethiopia. When he was visiting, he was very sad of the poverty around him. He saw poor children without food or clothing, and immediately wanted to give his own clothes and shoes away. He did this and then he asked: “Dad, how can I make money for these children?” He asked this question almost daily.

In 2005 Wondem became a member of the foundation Progress for Integrated Community Development Organization (PICDO). This is a foundation in Addis Ababa for children with HIV/AIDS. The whole family of Wondem sent money every month to this foundation.

When Wondem was in Ethiopia in May 2008 with his father, he was again very moved by the situation in Ethiopia. He said to his father: “When I am grown-up, I will establish my own foundation to improve the predicament of these children.”

His great desire was to give a better future to the poorest children in Ethiopia. Through Wondem Foundation we are striving to realize the dream of Wondem.

Wondem was born July 8, 1996. He was a cheerful and helpful guy. Everybody loved him. He went to school with pleasure. Football was his hobby and regularly he went to the Amsterdam Arena to see football. 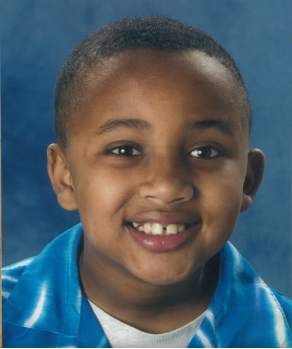 Wondem was a cheerful boy

In the evening of February 8, 2009 Wondem was sent by a doctor on duty to the emergency department of the AMC in Amsterdam. After a brief examination Wondem was sent back home. Short time later, Wondem felt into a coma. He died on 11 February 2009, only 12 years old.

Commissie Klachtenbehandeling Patiënten AMC (Complaint Committee Patients AMC) declared the complaint that we had lodged, on both the medical-technical aspects, as on the aspect of communication. This committee rated both as careless. Also the way in which the AMC after the death of Wondem has communicated with the parents, does not meet the human or professional standards. Meanwhile, the AMC itself also acknowledged that mistakes were made in the investigation on the emergency department. For that reason the AMC has acknowledged liability for the death of Wondem. That is why the AMC paid €15,000 to establish Wondem Foundation and to realize the dream of Wondem. 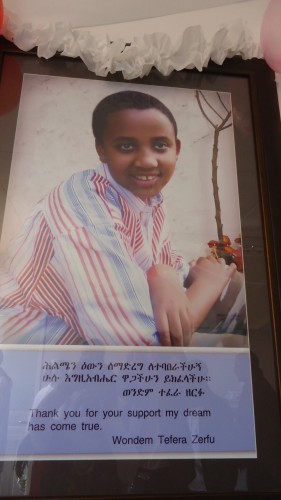 Thank you very much!